April 2022 – The San Diego chapter received notification in April that our chapter was once again awarded the INCOSE Platinum Chapter Circle Award, for 2021 — our fourth year running for Platinum!  We also found that San Diego was also one of only two chapters receiving the Platinum for 2021. Thanks to everyone in our SD chapter for contributing to this honor with their enthusiasm, membership, and volunteerism in our tight-knit community.  We would also like to thank all the members of the 2021 San Diego chapter board of directors, they helped make it happen with their behind-the-scenes dedication. And last without least, we would also like to once again thank Mr. John Quigley, former President of the SD Chapter, for his diligence in tracking and submitting our chapter point tally – no small feat given it’s complexity and difficulty!  Congratulations, SD chapter!

March 2021 – The San Diego chapter was notified of the awardance of the INCOSE Platinum Chapter Circle Award to the chapter for 2020. This year, San Diego was one of only three chapters receiving the Platinum award, three years running (2018, 2019, and now 2020), and was also informed we were a finalist for the President’s Award for Outstanding Chapter (awarded to the India chapter in 2020). Finally, hats off to our chapter for its record keeping – the chapter was also informed that we were the one of the only chapters that did not have chapter points ‘taken back’ from their submittal due to lack of evidence/documentation. Thank you John Quigley, past President of the SD Chapter, for your continued support of the chapter through the years in tracking and submitting chapter accomplishments! 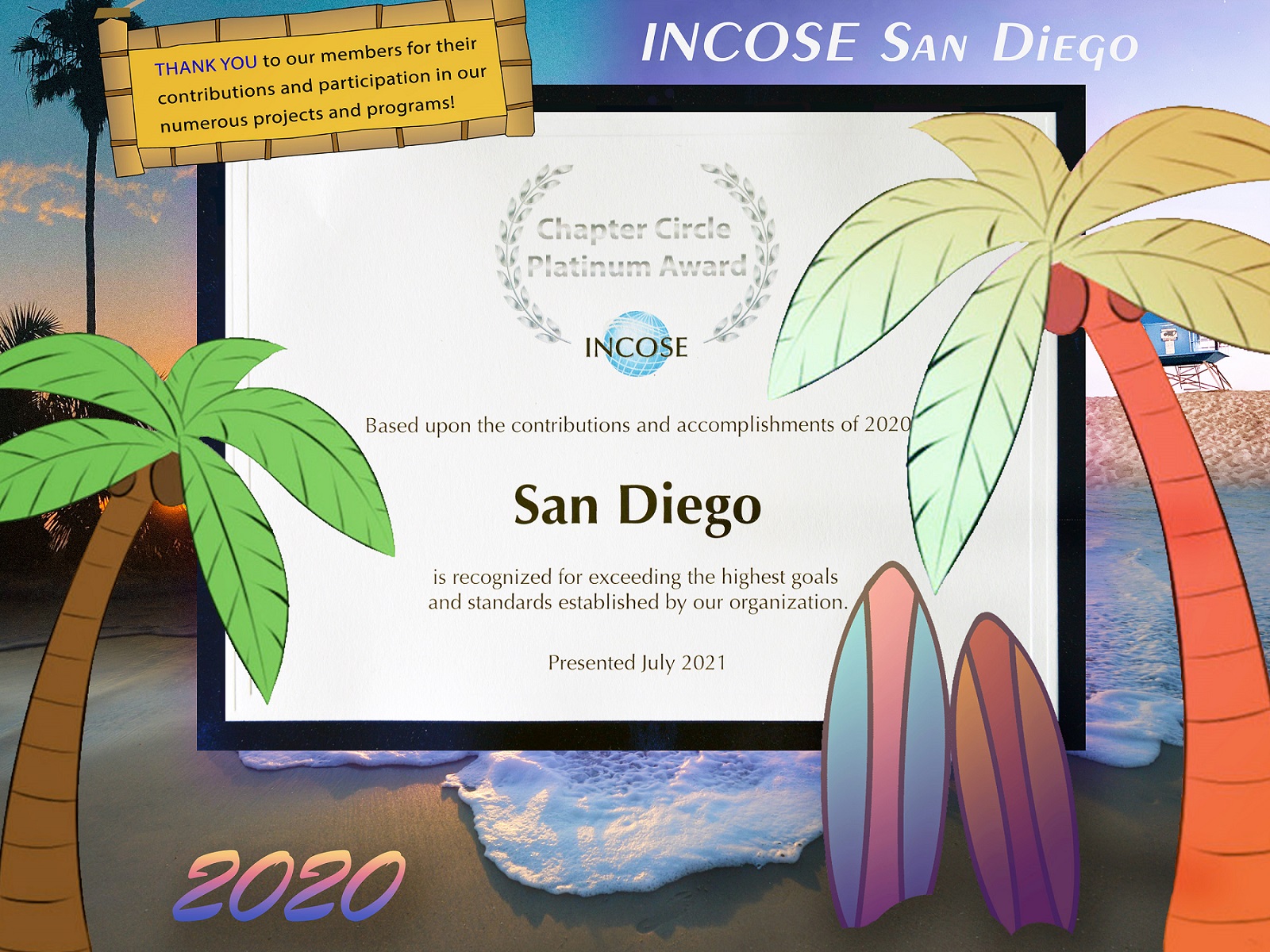