On September 7 of this year, 2016, one of the founders of INCOSE and for many years a solid member of, as well as a constant contributor to, the San Diego Chapter of INCOSE passed away suddenly due to a confluence of medical difficulties. It was a shock to all of us here in San Diego, and we are still struggling to come to grips with the loss of this great talent and dear friend. 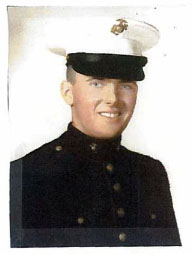 Jeff joined the Marine Corps in 1954, and served in various capacities until being honorably discharged in 1964. He then worked for Librascope, Ryan Aeronautical, and General Dynamics before becoming an independent consultant. His duties took him to interesting places, and at times into war zones.One time he found his flight being tracked by Chinese fighter planes, and when in Vietnam while supporting the military he was shot at while riding a bicycle during the Tet Offensive. Those of us who knew him have fond memories of the many stories of Jeff’s exploits, which he would tell with great animation after a bit of prodding (he was modest to a fault, and reluctant to talk of himself).

With Jeff’s boundless curiosity, he never stopped learning and teaching. He graduated with a BS from SDSU and a MS from USC and embarked on a career of practice in systems engineering. Where the procedures and practices were inadequate or non-existent, Jeff invented what was needed in order to fill in the gaps and improve the quality of the engineering. For many of us he was our instructor at UCSD’s extension, where he was key in starting up one of the first programs in systems engineering in the country.

Jeff is the author of ten books on the subject of systems engineering – in fact, just before his death the publisher approved his most recent work for publication, which gave Jeff great satisfaction.

On October 13, several members of INCOSE attended his memorial service at the First Baptist Church of San Diego. Jeff’s family members and friends spoke of their memories of him. In addition, I stood up and related my experiences with Jeff as a mentor and as a fellow systems engineer. It is with great sadness that I said goodbye to Jeff as he transitioned from the San Diego Chapter of INCOSE to the Chapter Eternal. Bravo Zulu and Semper Fidelis my friend. I wish you fair winds and following seas.